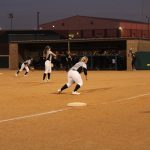 Sophomore Emily Gilliam faced 9 batters in the 23-0 run rule win over Everman on Tuesday night and not one of them reached 1st base. Only 2 of them put the ball in play and her defense stuck behind her to make those two plays to keep her Perfect Game with the other 7 striking 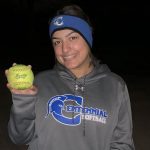 Congratulations to Jalynn Vasquez for being chosen as DFW high school softball player of the week! In her high school debut as a freshman against Grandview, Vasquez hit two triples and an opposite field homerun. Great way to start a career! The Spartans face Aledo at home tonight. Jv begins at 6 and Varsity at 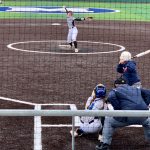 The Spartans began the tournament against Red Oak, a seven-run first inning led Centennial to a 10-4 victory. Paris Green, Samantha Barker, Jalynn Vasquez, Halie DeLaRosa, Presley Green, and Green each had RBIs in the frame. The Spartans got things moving in the first inning. Green grounded out, scoring one run. Kylie Barnes led the Centennial Spartans Varsity to victory in the circle. She allowed six hits and two 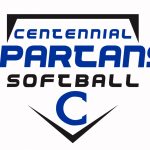 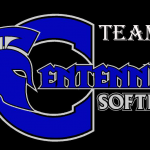