Your Centennial Spartans are bound for Snyder, TX! The Spartans will be competing in their 1st ever Regional Tournament this weekend after a tough Quarterfinal win over the Arlington Seguin Cougars 75-67 in Mansfield, TX. 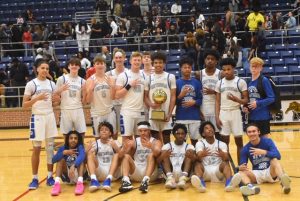 In a game that pitted District 5-5A opponents against one another for the 3rd time in the last month, the Spartans proved to be the better team again with all of Spartan Nation behind them. The Spartans controlled this game from the tip when they raced out to a 9-1 lead at the start of the game and never looked back eventually closing the game at the FT Line late and declaring victory.

The Spartans historic run is one is one of no accident, as this group of young men has met every goal set at every turn. The Spartans add another gold ball to their shelf and tack on another win to their already 30 Wins moving the Spartans to a whopping 31-6 Overall Record on the season. 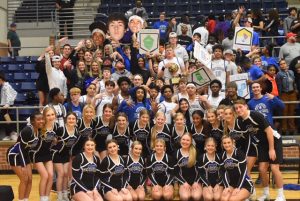 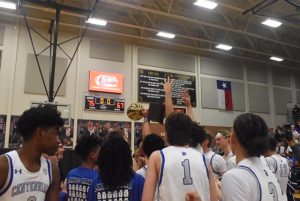 Centennial will play in Snyder, TX at the Western College Coliseum on Friday – March 6th at 6:00pm versus El Paso Eastwood High School.