History Made: Spartan Are Area Champs

The Spartans continue on this historical run as they win the school and district’s first boy’s basketball Area Championship versus an incredibly tough and well coached FW Brewer basketball team 75-70. With the win, it moves the Spartans to 30-Wins for the 1st time in school’s history with only 6-Losses. 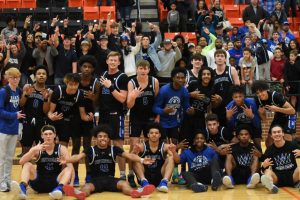 In a game that looked early like the Spartans would run off and win in a very big way, the Spartans raced out to an early 1st Half 21-point lead 46-25. It was one of the most efficient offensive halves that the Spartans have played all year and as shots dropped the teams confidence rose as the Spartans were able to take advantage of some quality looks.

As the saying goes in coaching, you have to play 4-Quarters and the 2nd half proved to be one of great adverse situations and an even greater difficulty as the Bears raced out of halftime to go on a 14-0 run quickly chopping into the Spartans lead. But, as the Spartan Hoops motto goes “Good Teams Win Ugly” and this was very much the case tonight. Centennial, who has been led all season by a monstrous 4-headed group of seniors (Jacob Stuckey, Keryn Collins, Tayton Conerway & Zach Bolf) but it was the support of a less heralded group that defended and secured victory for the Spartans.

The efforts of JR – Jeb Tobin, SR – Monte Johnson, SR – Marek Kerr, FR – Kendall Lawrence and FR – Phillip Hamilton, was nothing short of amazing! With all four of the aforementioned big four (Stuckey, Bolf, Conerway and Collins) all fouled out in the 4th Quarter, the other guys really stepped up in a big way as they defended, rebounded, and made some crucial game-winning plays down the stretch to ice the game. Jeb Tobin, ended a big Brewer run with a charge that led to a layup, as Monte Johnson came up big with a deflection, rebound and huge late made FT to put the game out of reach, Marek Kerr and Kendall Lawrence both came up with big deflections that led to steals for the Spartans and Phillip Hamilton handled the Bears pressure as best as he could and grabbed what seems to be the biggest rebound in the history of Centennial High School to seal it. One could not be more proud of this record breaking group as they try to continue rewrite a new history with every possession left in them and this season. 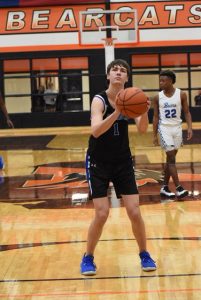 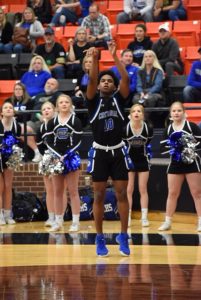 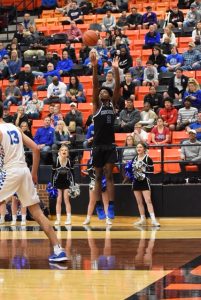 Centennial (30-6), your District 5-5A, Bi-District, and Area Champions, will face district opponent Arlington Seguin in the Regional Quarterfinals early next week for a chance to advance to the Region 1: Final Four tournament in Snyder, TX. Date, Time and Location are all yet to be determined.