Due to inclement weather warnings that turned out to be imminent Friday, all district contests were rescheduled to Saturday, January 11th including a game that pitted District 5-5A favorites, #10 Centennial and #15 Timberview, against one another. In a battle between these two state ranked opponents, the Spartans came out on top 75-65. 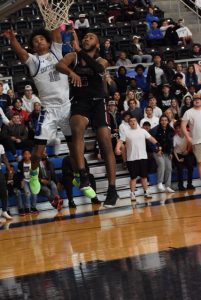 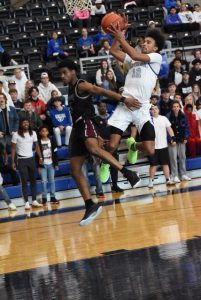 You can’t gauge toughness on a quantifiable scale, it is measured in effort, levels of exhaustion, extent of pain, degree of sweat, and magnitude of focus. Both programs exuded these qualities but it was the Spartans that had just a little bit more that allowed them to come up victorious, staving off what seemed to be that traditional Timberview run. The 1st Quarter saw the Wolves stretch out to an 8-point lead early that was curtailed by a short Spartans run to get it within 4-points to close the quarter 19-15. 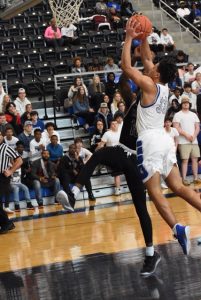 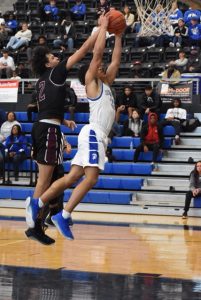 The 2nd Quarter saw the Spartans and the Wolves exchange title fight blows and haymakers, but both teams seemed to have strong chins as the game went back and forth. It was the consistent efforts of Spartan Seniors: Jacob Stuckey, Zach Bolf, Keryn Collins, and Tayton Conerway that kept the Spartans afloat and within striking range in this quarter. Each coming up with big rebounds, key steals, huge blocks, and timely baskets to not allow Timberview to ever get out of reach ending the 1st half 38-32. 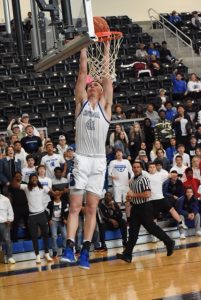 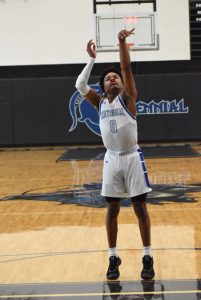 Centennial all season has prided themselves on their 2nd half efforts and domination in 3rd Quarters. Saturday’s contest proved no different. The Spartans came out early and re-established their footing and stronghold on their home floor and dug in, going  on an early run sparked by the gritty toughness of Senior, Zach Bolf. Bolf’s intensity levels grew and his aggressiveness followed as he started to punish defenders at the basket racking up the foul count against Timberview. He created a chink in the Wolves armor and his partners in excellence were there with him every step of the way as fellow Seniors: Collins, Conerway and Stuckey, became more aggressive as they ignited a 17-12 Spartans run and ending the quarter only down 1-point, 50-49. 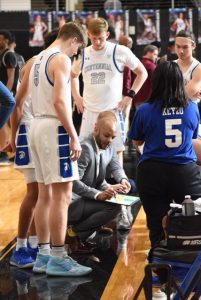 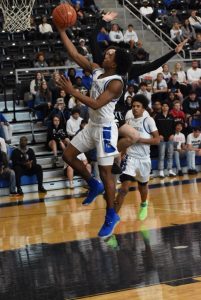 The 4th Quarter was all Spartans. Their attacking style allowed them to live in the paint and to get to the free throw line. Offensively led by Senior, Tayton Conerway, who had a game high 26-points and 13-rebounds, he really asserted his self as he and fellow backcourt mate, Keryn Collins kept the Wolves off balance and on their heels with their speed with the basketball. With Conerway’s 26-point night, saw him score his career 1,000th point and he happened to do it on his 18th birthday as the Spartans close the game out 75-65 and move their record to 19-4 overall and 3-0 in district play. 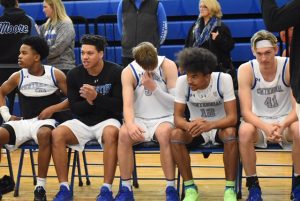 Centennial will be back in action Tuesday night, January 14th at home versus city rival, Burleson High School at 6:30p. This night will also be the Spartans Teacher Appreciation Night as well, where the boys and girls basketball programs will be providing dinner for all Centennial High School teachers.