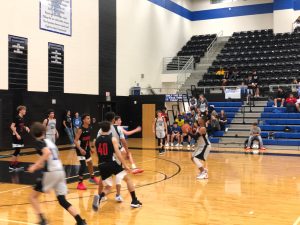 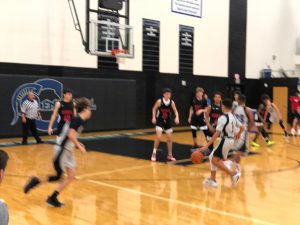 The Kerr 7th Grade teams came away with a grade level sweep of all three of the Hughes 7th Grade teams and the 8th Grade Kerr teams went 1-2 dropping what came out to be the game of the night in that of the 8th Grade A-Team game. Within that game it saw the young men from Hughes jump out to an early 14-2 lead. 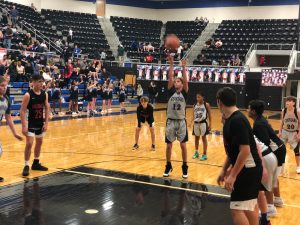 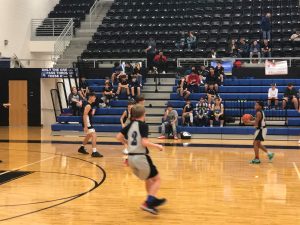 In a game  that looked as if the it was on the verge of being a blowout, the Future Spartans dug deep and battled all the way back to eventually get the game within 2-points late in the 4th Quarter. Led by Aiden Hick’s team high 9-points, the Kerr 8A-Team had great offensive balance with Malachi Daniels chipping in with 8-points of his own as Omar Kolait joined the mix with 8-points as well. Other contributors in the offensive stat line was Konner Peden (5-points), Lane Tatum (2-points) and Peyton Jacobs (3-points). 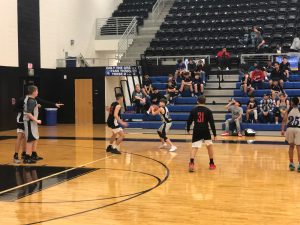 In the 2nd game of the night, Kerr 8B-Team secured an impressive victory over the Hughes 8B-Team. This game saw the Future Spartans jump out to a lead and never trail at any point of the game. Offensively, the Kerr 8B-Team was led by Jason Etch (12-points), Corbin Crump (12-points), Gage Andrews (11-points), and Conner Mohan (9-points), who all were in or near double figure scoring.

The game that started the night off was that of the Kerr 8C-Team who suffered a tough loss to the team from Hughes. In the loss, you great effort and incredible competitive energy. There is so much growth in this group and they will be forces going forward the remainder of the season. This game saw DJ Walker showing off his fast hands as he had several steals throughout the game and to go along with his (7-points). Harlen Haley led his team in scoring with 8-points while flashing some serious athleticism and Gage Hinkle chipped in with a gritty 5-points. 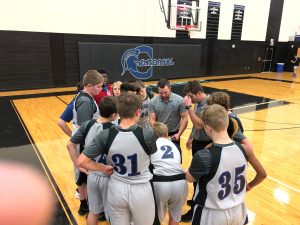 Though Kerr 8A & 8C-Teams suffered losses, their fight and resilience never waned. They showcased the amount of and type of spirit that championship teams and programs are made of. There is so much promise within this group and the Spartan Hoops program and coaching staff are all incredibly excited to have this group next season in Spartan Blue!

Kerr Middle School basketball teams will be honored in a few weeks at the Spartan Hoops “Middle School Appreciation Night” on January 31st during halftime of the Varsity game versus Granbury.