Spartans Get Win at Summit

Tonight the Spartans of Centennial High School defeated the Jaguars of Summit High School 65 – 64 on the road. With the return of PG – Keryn Collins being a much needed spark, the Spartans also had to play without the team’s leading scorer, Tayton Conerway, who was out with the flu. 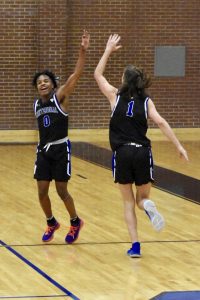 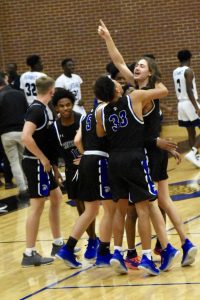 In a clash between two overly competitive teams, the Spartans managed to pull out the close game with a Jeb Tobin made FT with under 7-seconds.

The game saw both teams go on several different runs throughout the game and when the Spartans looked like they had the game under control the turnover bug plagued them and the physical high pressure style man to man defense of the Jags really ramped up. Summit closed an 8-point lead by the Spartans in merely seconds giving them the chance to win it with the last shot.

Centennial goes into the Holiday Break with an overall program record of 11-4 and their next contest being in the M.T. Rice Tournament in Waco, TX December 26th – 28th.