Spartans clinch a berth in the playoffs tonight with a win at home over Mansfield Legacy on Senior Night 73-68. 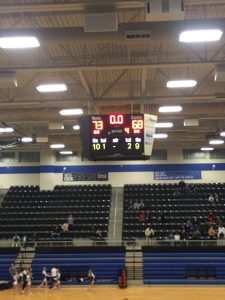 Spartan Seniors: Zane Elliot, Tanner Harbin, Anthony Hunter, Nate Adcox, Caleb Werner, and Kyland Walker walks off the court at Spartan Arena for the last time with a win that sealed a playoff spot and tied the school record for wins in a season (22). This group of young men exude such character, integrity, resilience, and selflessness and their work has been rewarded. 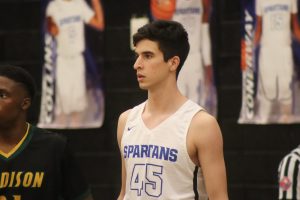 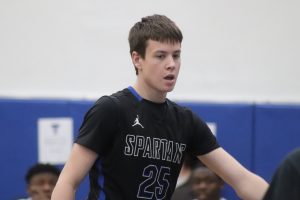 In a game that saw multiple runs and multiple lead changes, the Spartans were able to stay together and make the critical plays to allow themselves to be successful. Key stops late, quickness to the glass, toughness to secure rebounds and the mental fortitude to make some big free throws to seal the win. 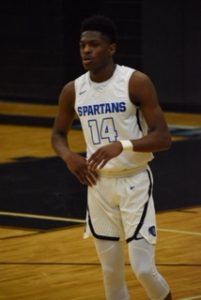 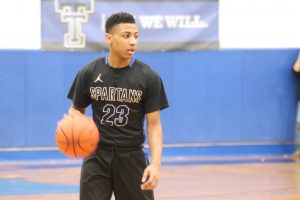 The Spartans were led tonight by the spirit and energy of its Seniors. Their heightened level of engagement and encouragement for their own fellow Seniors – Anthony Hunter (21-points and 6-rebounds) and Nate Adcox (13-points and 3-steals) was infectious and it carried over to the underclassmen such as Juniors – Tayton Conerway (16-points, 8-steals, 6-rebounds, 6-assists and 2-blocks) along with Jacob Stuckey (11-points and 5-rebounds). 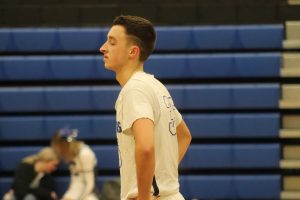 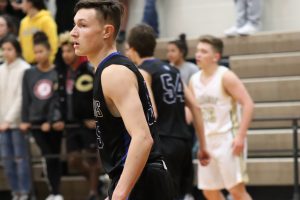 Centennial was accompanied in the scores book by Seniors – Kyland Walker (2-points), Caleb Werner (3-points) and Junior – Zach Bolf (7-points and 7-rebounds) to round out all of the scoring. But it was the team defense that allowed the Spartans to prevail making every shot for the Broncos be a contested and challenged shot attempt. 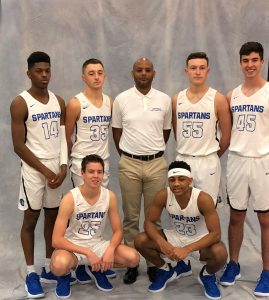 With the win, the Spartans move to 22-9 Overall Record and 9-4 District Record on the season and will play their next game on the road at Arlington Seguin Tuesday night.